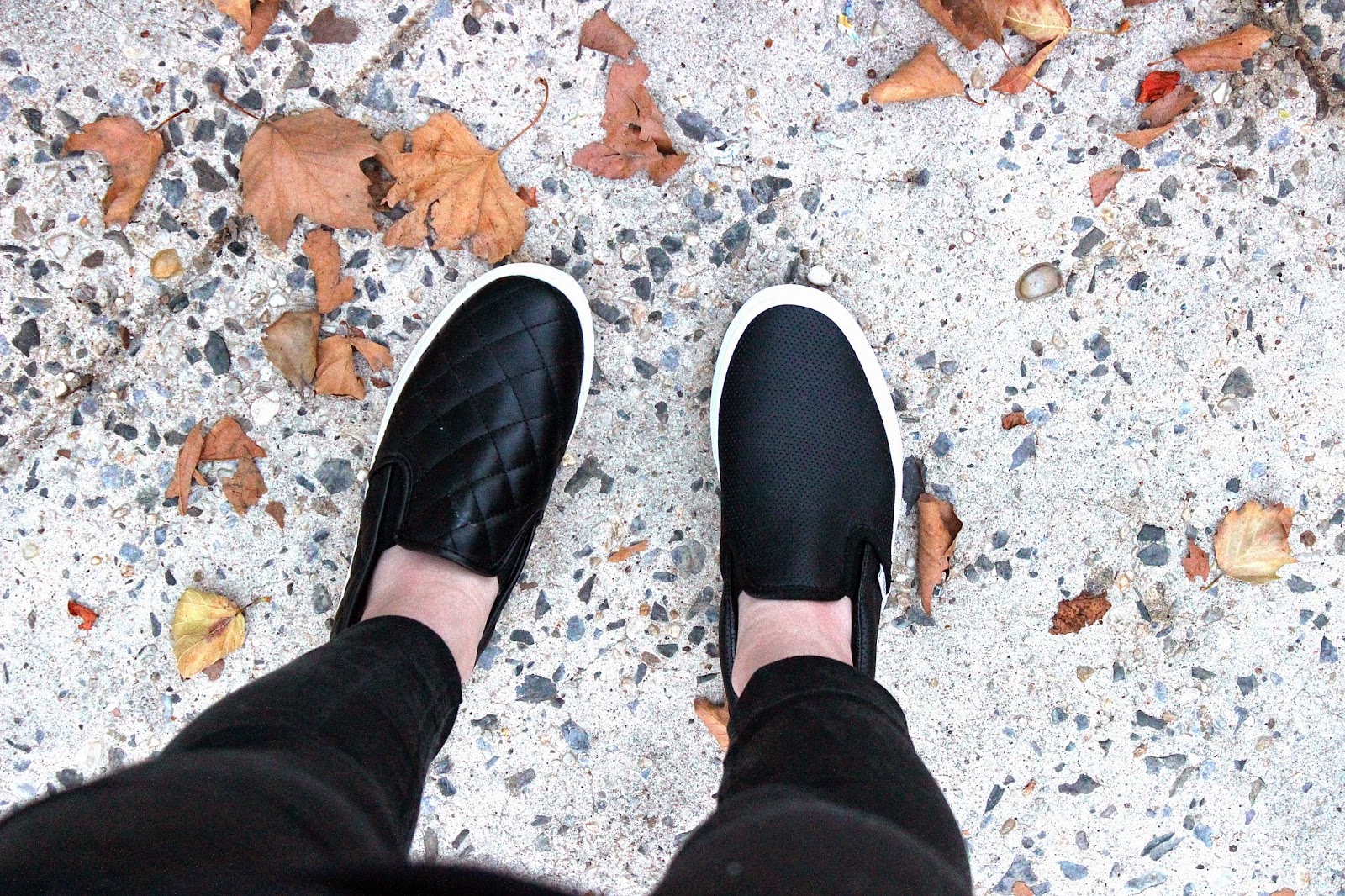 I’ve never been a slip ons girl, but after seeing them on Ingrid a bunch of times, I decided to try them out!

My search began back when the Vans were sold out everywhere..

Target was my next stop, after seeing them on a few people on Insatgram.

My mom went a few weeks ago when I was working and I asked her to pick them up for me if they had them, as luck would have it, they did! 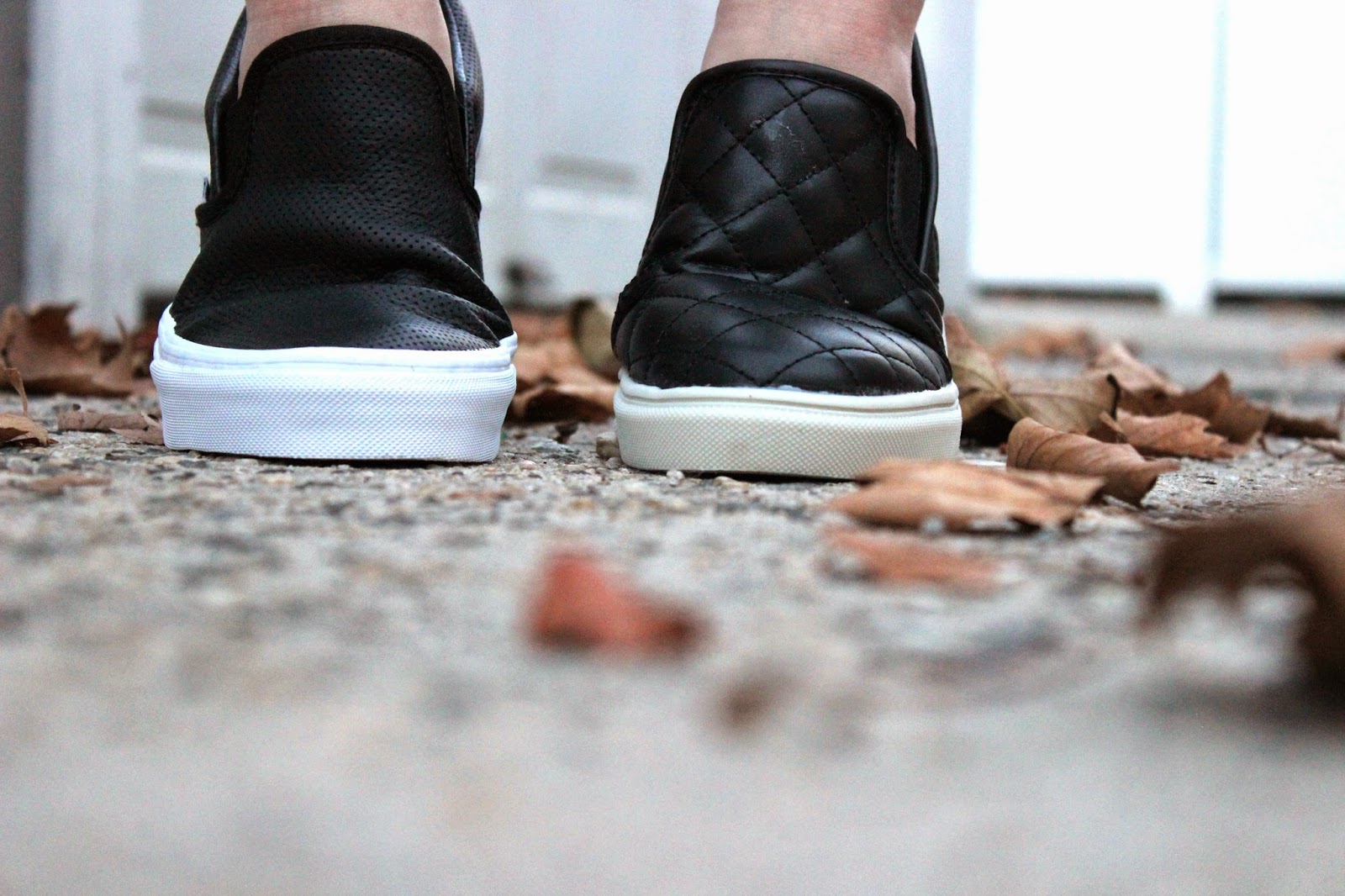 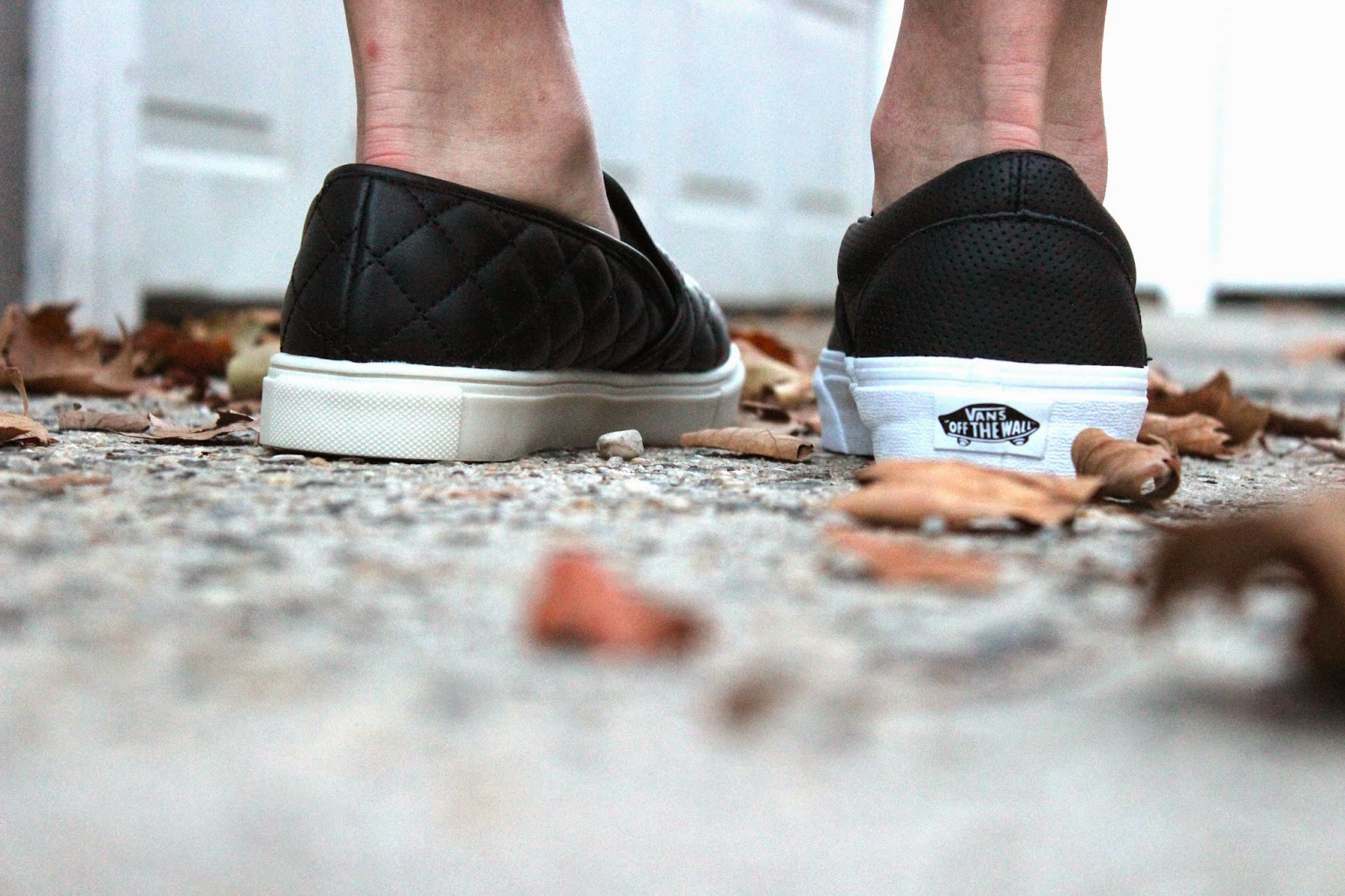 When I first tried on the Target pair, I thought they looked odd on my feet, like they were too high almost (even though sneakers are just as high if not higher on the foot…)  but I chalked that up to not being used to seeing myself in slip ons.

NOTE: I tried them on bare foot and with these socks (which I HIGHLY recommend!) they were slightly more comfortable with the socks. 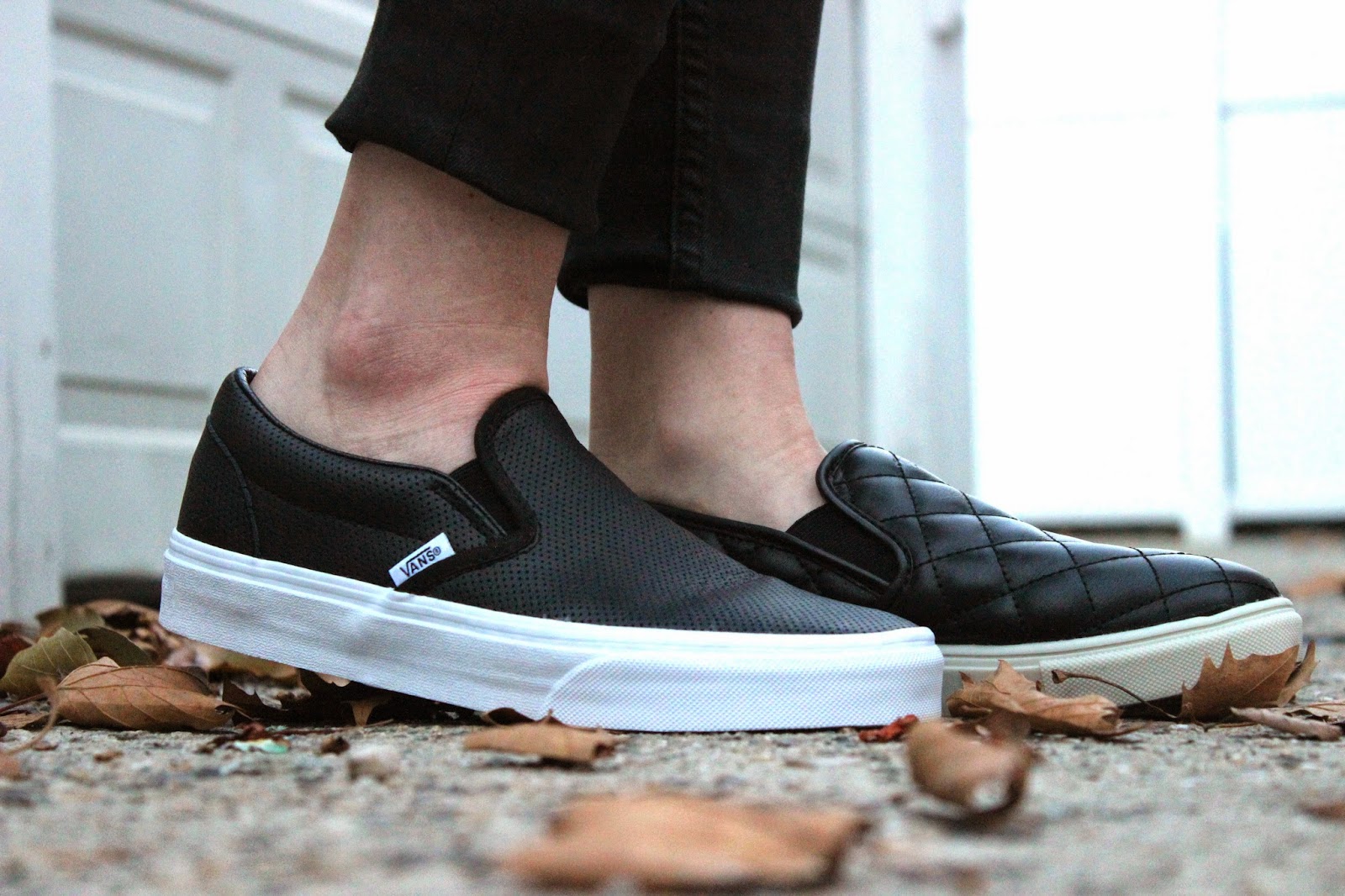 Then I found a website that had the Vans, in my size, and in stock! I ordered 2 sizes, because I was not sure how Vans run.

NOTE: they run in unisex sizing which is mens sizing- its best to order 1.5 sizes down from your normal women’s size.

I tried these shoes on with my favorite socks as well, and found that both shoes seem the same, comfort wise- with socks, but I did notice a difference without socks.

The target slips ons rub in the back, while the Vans really are pretty comfortable- you can tell by the picture above that the Vans have a more cushioned back, while the Target pair is just an extension of the shoe. Obviously, I have not worn them for an extended amount of time because one pair of shoes is going back. 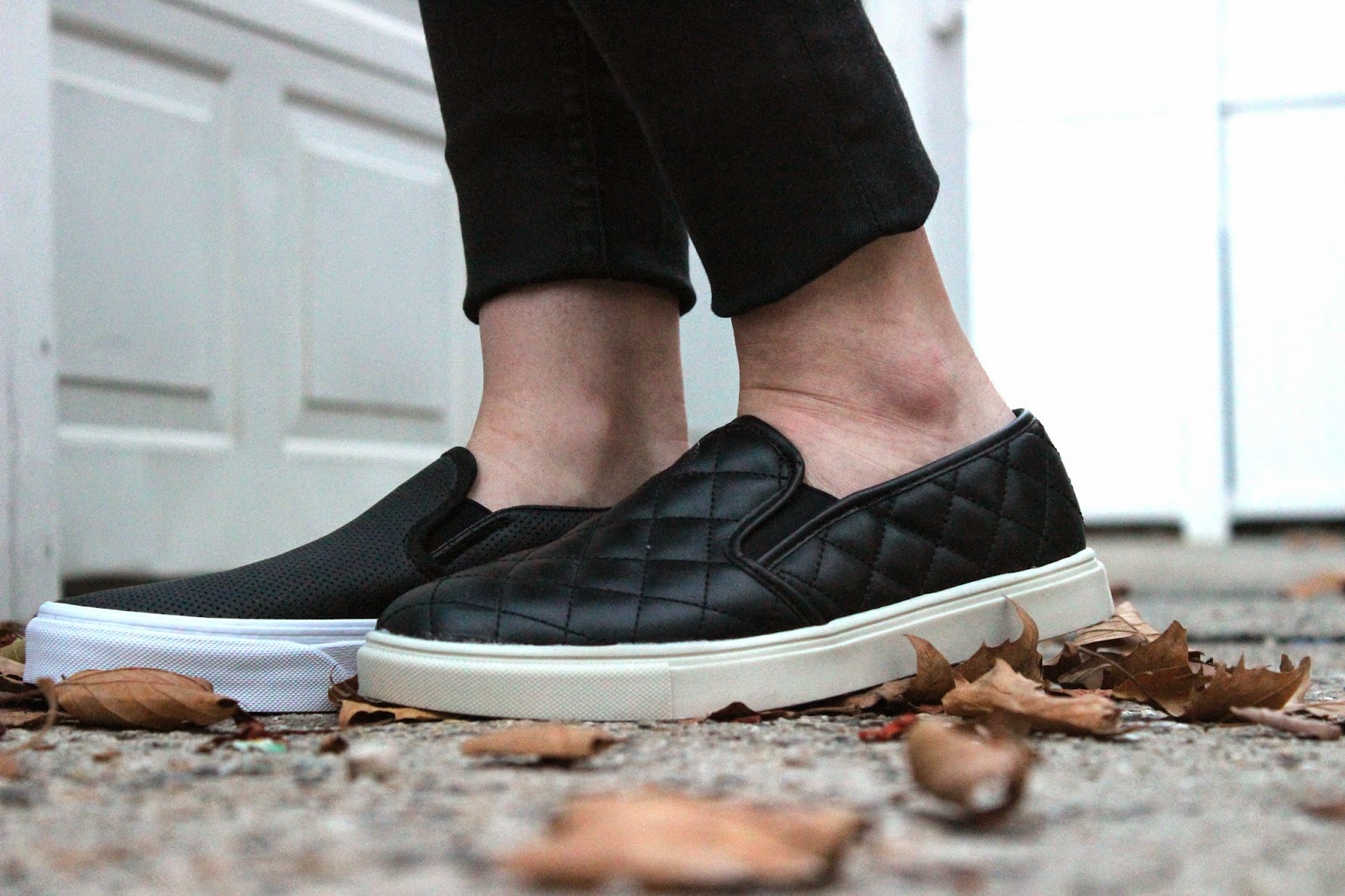 Over all, I think I will be keeping the Vans and returning the Target slip ons. But if you don’t wan to spend the money on this trendy shoe, then I would go with the Target Slip On’s

The quality of the Vans seems superior to the Target shoes, and at just over double the price, they better be! The quilted design of the Target slip ons was cute, until I saw the sleek design of the perforated Vans. You really can’t even tell its perforated until you’re up close to it- thats another thing I was concerned about!

Hope this helped, fi you have any more questions, comment below!