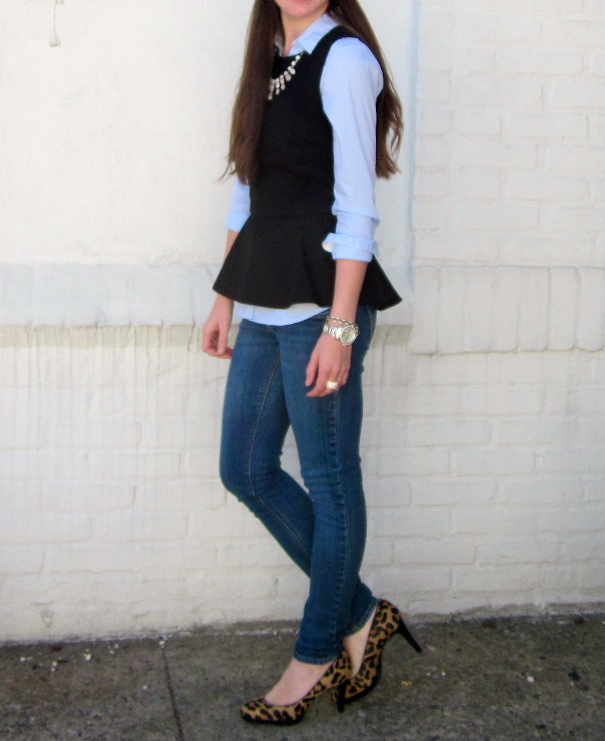 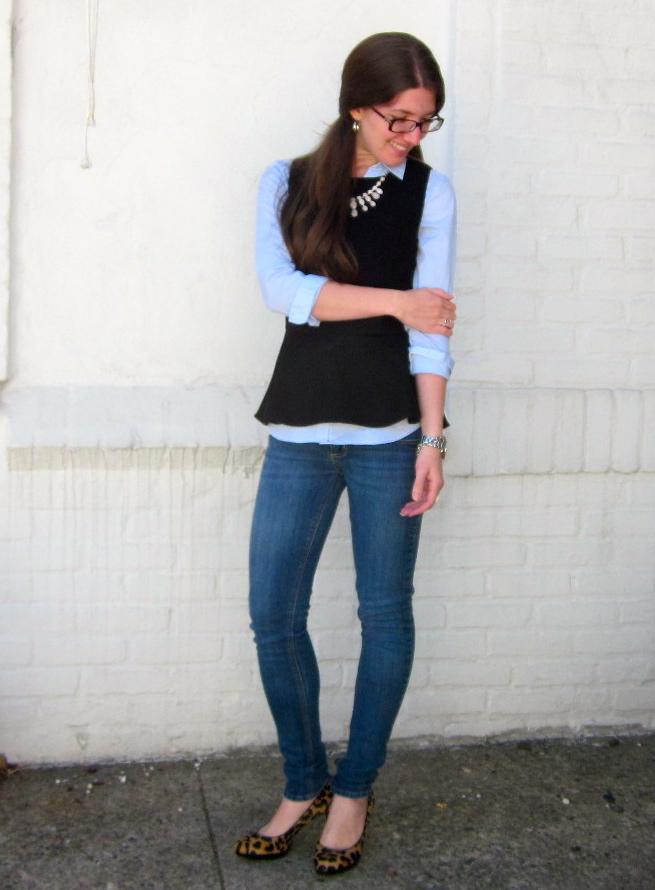 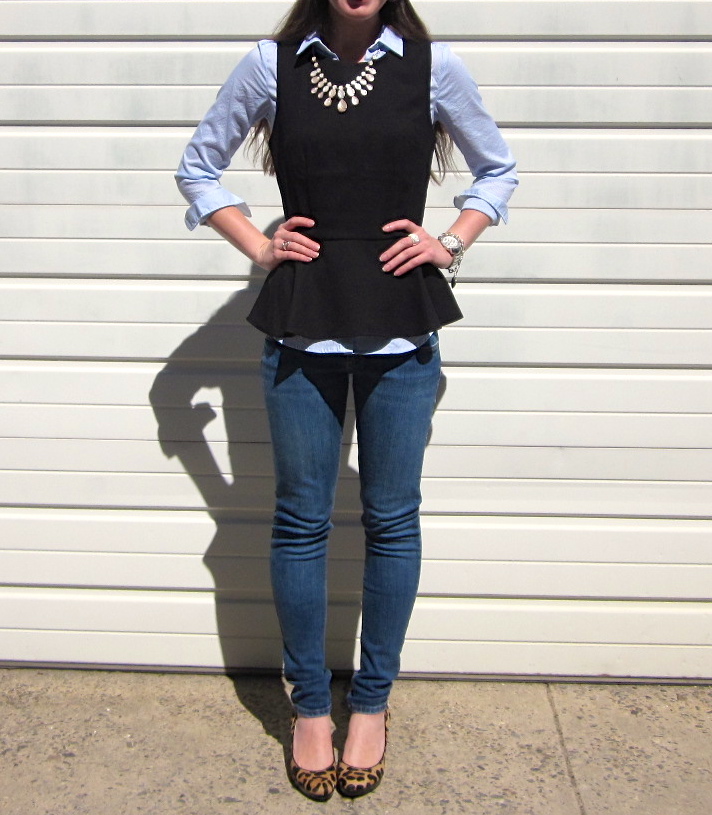 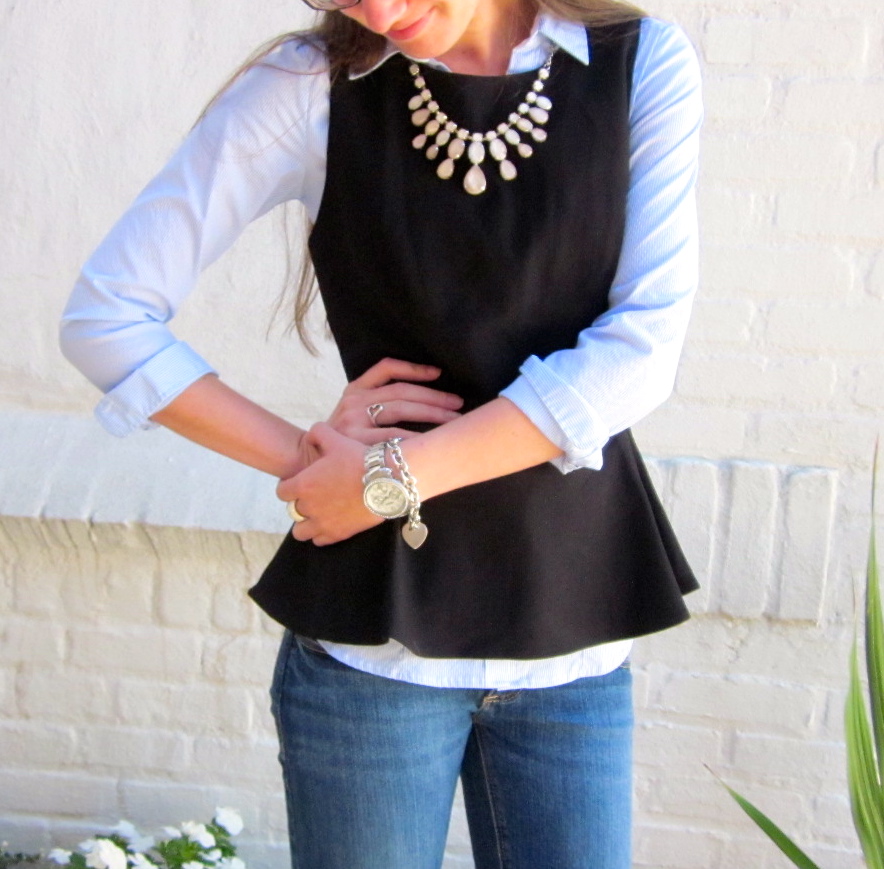 I was so excited when I bought this peplum top online from F21, and so upset when I got it, tried it on, and realized it was too big. It was a non refundable item (which I found out after the fact-hate that!) and I couldn’t give it away. I held on to it for a while and re-tried it on a few weeks later. BAM it hit me like a ton of bricks… I can LAYER.. I know I’m a genius, hold your applause until after this post 😉

The top was just too big enough where a shirt underneath would fill it out where I couldn’t.

Gotta love layering.. How do you layer??

Thanks for stopping by!