Boyfriend loves sushi, so for our anniversary last year I bought him vouchers for a sushi making class. The class was through SUSHI BY SIMON, I highly recommend them!

Long story short.. All we have to do is take a trip to CITARELLA, to buy us some ‘”sushi grade salmon” and nori, pick up a bag of rice, and we can have sushi for 2 or 3 for under $20! Now THAT’S a deal! 😉 The sushi rolling mat was included with the class , and we got to eat whatever we made!

You can try it with any fish, we used salmon, or any other kind of meat, or you can go veggie and keep the meat out.. I’m dying to experiment! This was our fourth or fifth time making sushi and once was for Boyfriend’s brothers birthday party! 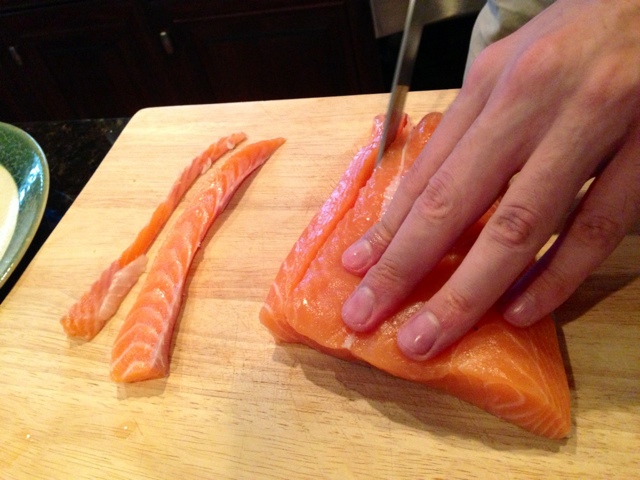 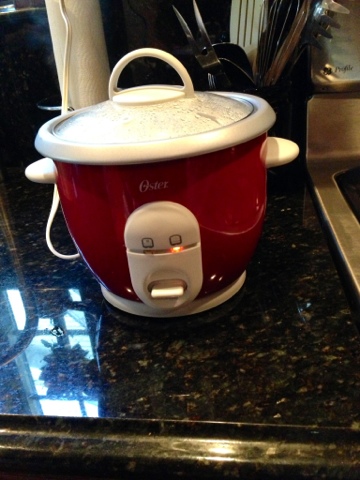 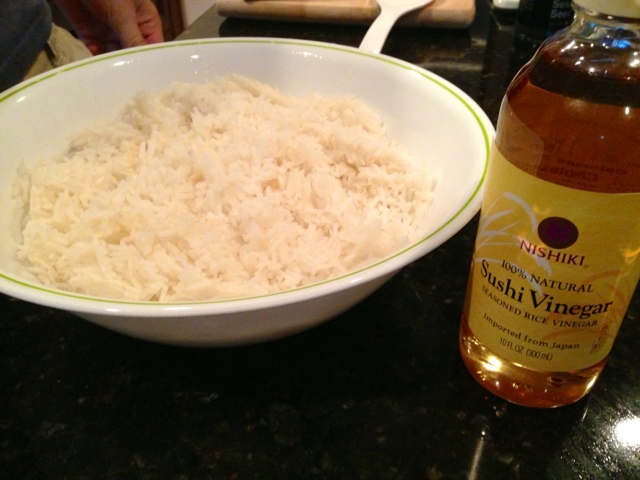 Ever wonder why sushi rice tastes so good?? (it’s the sushi vinegar.. Mmm) 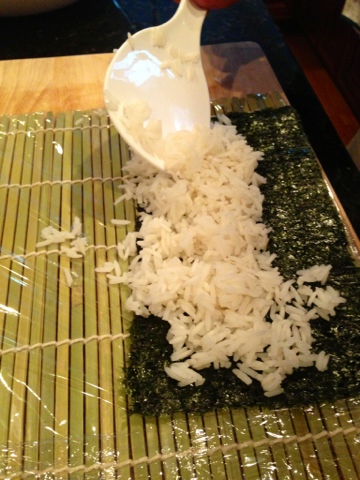 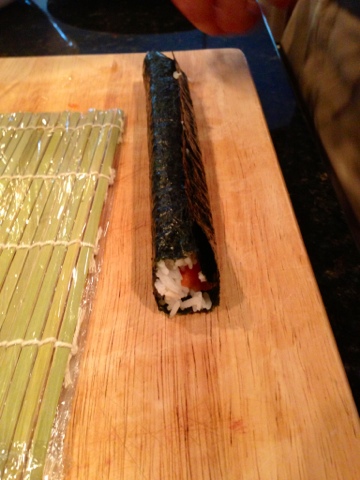 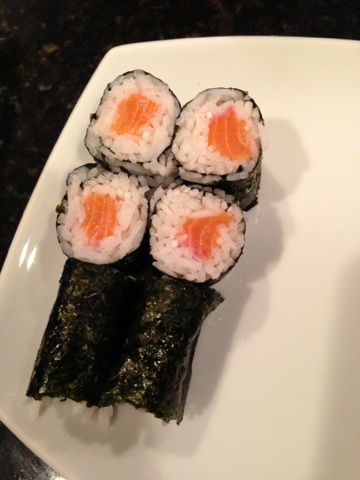 This is just one style of sushi that Sushi By Simon taught us- seriously, the class was awesome! 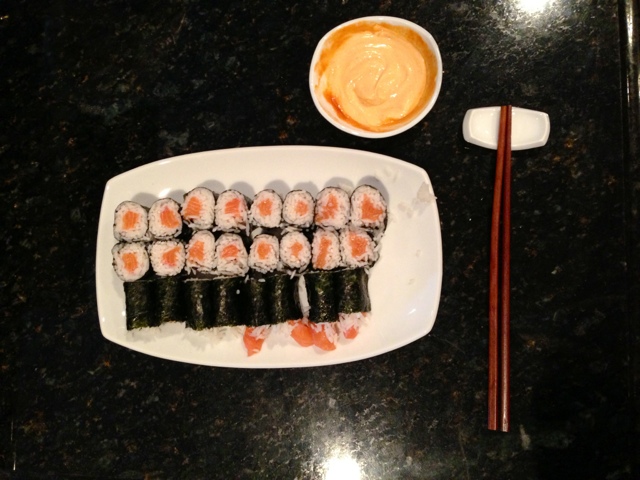 The 3/4 lb of salmon that we bought yielded double this, and it fed me and two hungry men with some leftovers (probably would’ve cost over $50 at a sushi restaurant) Boyfriend even made his own spicy mayo (Shriracha + Low fat Mayo)

Is your mouth watering yet?

Thanks for stopping by!